Anatomy of the Linux kernel

Ever wonder how an operating system kernel works? Just what it does and how it does it? How about the Linux kernel in particular?

This page at the IBM Developer Works site will tell you a lot, in language anyone can understand, without being "dumbed down". Quite an accomplishment, that. It's not a tremendously long read. Just one extended page, and it has some diagrams that will help you understand things.

I recommend this one highly.
Jack
Posted by daWabbit, Jack Imsdahl at 6:21 AM No comments:

I post this mostly for those who are running AVG, which is Grisoft's anti-virus. It might be time for a change.

Jack
Posted by daWabbit, Jack Imsdahl at 9:20 PM No comments:

I had mentioned this travesty of justice before, and this week was supposed to be sentencing, which could have been up to 40 years. As a result of a state police forensics examination AFTER the guilty verdict, the judge ruled that a new trial was in order. I've posted the highlights of an article pointed to by the Sunbelt Blog.

But today, Smith [the prosecuting attorney] said state would take no position on Dow's motion for a new trial, making it unlikely she will be tried again. Smith also acknowledged that erroneous information about the computer was presented during trial.

Yet another sordid tale of legislation, litigation and speculation over personal computer security. This one has the possibility of wide repercussions. An interesting read at CNet.

Jack
Posted by daWabbit, Jack Imsdahl at 10:11 PM No comments:

The link will take you to a New York Times article on CNet.

We've wondered aloud on the show about the longevity of CDR and RW as well as DVDR and RW media burned at home, but the subject of printed documents and photos has not come up, that I can recall. Here is a hint at the life expectency of photos printed on ink-jet printers. There isn't a lot of data here, because not a lot of reliable data exists. However; there is a rating system detailed here that may guide you when buying a new printer. Plus, there are web links that may take you to more data as it develops.

Jack
Posted by daWabbit, Jack Imsdahl at 9:59 PM No comments:

A couple of listeners have gently chided me over my insistence that flash memory technology is really limited in how much of a performance boost you can get out of it. Now, HP agrees with me. (I will not say that I told you so, but I did tell you so, didn't I?)

Everyone else will jump on the bandwagon because they can, while it appears HP alone will take a realistic and pro-consumer stance on this.

Jack
Posted by daWabbit, Jack Imsdahl at 2:52 PM No comments:

Don't you just love how we are hit (and hit hard) by web advertising at every turn?

While some of the widgets offered may indeed be desireable, at least to some, all this seems to me to be another way for advertisers to clutter up my desktop, load my system and generally degrade my computing experience.

We will have to see how this comes out, but I have little hope.

Jack
Posted by daWabbit, Jack Imsdahl at 12:59 PM No comments:

This is the On Computers Radio show podcast for 06-03-07. You can listen live every Sunday from 10AM to 1PM Pacific thats 1PM to 4PM Eastern. If you prefer, you can download the same MP3 file here via ftp.
Posted by AlaskaJoe at 9:58 PM No comments: 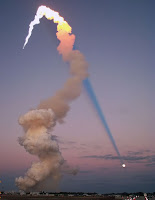 This picture was too pretty to not post :)
Good morning. Join us (info here) to listen and chat live!

P.S. posting the url of the picture never works, or I'm too impatient :P
Posted by MissM at 2:16 PM No comments:

1) First up this week online calculators; this is where I sted with personal calculators, for travel expenses, tax returns, currency, mortgage, investment returns and finances, http://www.btimes.co.za/This is where I wound up, a site I found for online calculators that is very extensive. Want to calculate carbon decay? How about calculating how much water to use on your corn crop, based on time and temperature chs for your county? This site has calculator links for everything 28,880 of them, by 4,415 contributing individuals, and businesses. http://www.martindalecenter.com

Here is another site with some interesting decision making tools, like memory tools and tricks, time management, problem solving, etc. Mostly free, but you can spend money if you want. I liked the tools here quite a lot, and will be back to try and find some new ways to teach this old dog some new tricks. http://www.mindtools.com/

2) The rest of today is about savants, this line of interest was rekindled in me due to seeing a kid on Jay Leno’s “Tonight Show”. An amazing six year old kid playing the piano, not only could he play, and remember over 200 songs. But, what I found almost as amazing as his piano skills; was the interview p of the show. I thought his language and understanding skills, were almost as impressive. In the interview p of the show he was more like a high school age kid or young adult, than a six year old kid. I have two sites here for you, this first one is about his Leno appearance http://www.accesshollywood.com, and this second one is a link to Ethan’s web page, where you can not only find his repertoire, complete with videos for a lot of them, but also his history, event schedule, and other tidbits you might find interesting.. http://ethansmusicsite.com/

3) Watching the Leno show sparked memory of a B.B.C. documentary I had seen quite a while back. I remembered how impressed I was with the subject matter, which I thought was some how related to this kid playing the piano, I was driven to do a search on the net. Google rules!! This is a very cool program. The movie is about a young boy savant, but he is different because, he is not impaired like most other savants, and he is far more rounded in his abilities. The movie is about B.B.C. taking him to several universities here in the states for testing, he does some impossible math, including reciting pi out to 25,000 decimals, stops at the correct place without assistance, and he does it without a single error it took him 5 ½ hours. While on trip with B.B.C. he learned a new language in one week (Icelandic one of the most difficult). In a previous interview somewhere, he had said he could learn a language in seven days, so the B.B.C challenged him to do it in route, while on the trip he learned the new language in one week (Icelandic one of the most difficult). I suppose I could draw a thousand parallels to implications with the Leno show. For instance, pay close attention to the kid hit in the head playing stick ball in New York, after getting hit; he gets up, and suddenly has a remarkable (to say the least) ability, if you give him a date, any date, he can tell you not only what day of the week it falls on, but if since his accident he can also tell you the weather in his town. Here is the B.B.C. movie link, “The Boy, With the Incredible Brain” (48 min.) http://video.google.com Now my question to you, would be… should you chose to try and answer, is this; Given that incredible stunt in Las Vegas on the B.B.C. trip (intuition over memory), a three year old boy is playing a piano without lessons (and at six he’s on Leno), a kid hit in the head can do past weather reports, even though he never read them. A boy of two is able to read, and memorize the first several volumes of the encyclopedia; he knows the alphabet, and how to read, without being taught, in the video he sits down and plays a piano as an adult without lessons (interested? See next link). What I want to know is where does the information come from? Can I learn to do this; is it possible for me to do this also, after all the kid from New York was an acquired savant, so can I also acquire it? Answer: Yes!!!! See the last link entry.

4) The next link is for “Tim Peak the Real Rain Man”; they speak for them selves, just amazing stuff. http://www.youtube.com/The link is for a 5 p google movie, but a google search on rain man will bring up a lot more.

5) Just in case you want to be a “savant for a day” I have a links for that, first a link to a New York Times icle on how it is done, and what to expect, here’s that. http://www.nytimes.com Now for a place to visit where you can experiment with the process http://www.transcranial-magnetic-stimulation.com/

Posted by Vegasgregg at 1:06 AM No comments: