Who would have though one person could bring the internet down? 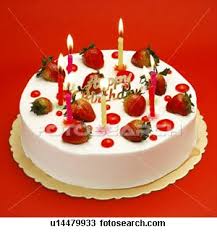 I declare June 23, 2009 as the fortieth anniversary of the independent software industry. It was on this day in 1969 that IBM, then the computer industry's most powerful force and under antitrust fire, unbundled software and services from its mostly mainframe computer business model. The rest is history, but under-appreciated and worthy of celebration.
In June 1969, I was a few months into my first programming job and assigned to combine a handful of labor accounting programs written in COBOL (Common Business-Oriented Programming Language) for my employer, a subsidiary of a calculator company called Wang Laboratories. Wang would later become a big player in the 1980s, but at the time desktop computers were still being invented by some colleagues a few offices away. All the news of the computer industry was delivered monthly in Datamation magazine. A bit of a contrast from today's Information Technology industry rate of change.
My computer was an IBM 360-65, the top of the line mainframe ancestor of today's IBM Z-series mainframes. It had tapes, and disks, and telecommunications, and printers. The 360-65 had about 1/400th of the computing power of today's iPhone 3G, but it got the job done for the big applications then. It also had IBM's mainframe operating system and a dozen IBM software products such as the COBOL compiler. Cost over $10 million. When you bought or rented the machine, it came bundled with IBM services including IBM's systems engineers to care and feed the IBM software (and typically, the customer's software).
In 1969, there were few choices in software development. The largest companies had IBM programmers turn business processes into application programs, with the goal of IBM reselling these to recoup some of the investment. There were a few small custom programming shops, but most software was developed in-house. Very slowly and at great cost. Business programmers were uncommon, there were no tools for application modeling or even code maintenance (think punch cards), systems analysis was not systematized, and computer time was very expensive.
IBM's decision to unbundle software and services, under the real threat of an antitrust breakup of the company, created the inflection point that inexorably led to today's panoply of computer options. I commend the linked article by an IBM insider on how that decision was made. The import of IBM's decision was simple but had widespread effect: customers no longer had to buy IBM software or services to use on their IBM hardware. Within a year, John Cullinane was working in our data center on Culprit, the first product of Cullinet Corp, which went on to create one of the great mainframe databases, IDMS. Charles Wang created a company, Computer Associates, around a magnetic tape library utility. The industry flourished in the 1970s with software that ran on standard IBM mainframe hardware and operating software. Application, development software tools, and system software competition for IBM products became an industry itself. Gene Amdahl went the other way, creating plug-compatible mainframe hardware that ran IBM operating software and all the other third-party and user application software.
The IBM unbundling decision led to the common understanding of the model consisting of proprietary hardware architecture surrounded by a ecosystem of companies that provided add-on system software, applications, and services. In the 1970s, that model served to jump-start the minicomputer industry with the rapid growth of Digital Equipment, Data General, and Wang Laboratories, followed by Prime and Sun Microsystems, to name just a few.
In the early 1980s, IBM repeated the model by selecting a tiny microprocessor compiler company, Microsoft, to deliver a basic operating system for IBM's highly proprietary Personal Computer, which used Intel's microprocessor. Today, of course, Microsoft and Intel have joined IBM on the list of Dow Jones Industrials. And IBM isn't even in the PC business any more.
I could go on in more detail and reminiscences, but I've made my point: IBM created the robust global computer industry of today by unleashing the forces of competition with its 1969 unbundling decision. What IBM thought at the time was a defensive decision to protect its core mainframe profits actually created a much larger business that allowed IBM to grow larger and more profitable than it would have been as a 1960s-style monopolist.
So, Happy Birthday, independent software and services industry. I've enjoyed the ride.
Posted by Peter S Kastner at 7:14 PM No comments:

Got my first tweet back from Marie @ fox's Good Day LA with in a few mins of sending it to her about a item on the show kinda cool to get a response in real time while the show is on the air have had trouble with sending /and finding how to send a message to a person I'm following updating what im doing seemd stright forward so i am going to spend more time on social networking ie my space, facebook, twitter. if you have any questions, comments, hints/clues, or suggestions you can contact me by email at wills@oncomputers.info or twitter me at http://twitter.com/ke6sop p.s. let me know if you have any ideas for other things i can check out
Posted by willske6sop at 6:42 PM No comments:

Courtesy of Microsoft: Pick up an iPhone 3G or iPhone 3G S with a 35% discount from AT&T

Bing, a search engine no one uses, is trying to lure users by offering cash incentives. One of those incentives is a 35% discount at the AT&T (NYSE: T) Online Store, which means you can get a new iPhone 3G S for as low as $130!
If you are waiting for the new iphone 3gs here is a deal for you!

This is the On Computers Radio show podcast for 06-21-09. You can listen live every Sunday from 10AM to 1PM Pacific that's 1PM to 4PM Eastern. Join us for the live show and chat. If you prefer, you can download the same MP3 file here via ftp.
Posted by AlaskaJoe at 9:04 PM No comments:

Links from the Gregg Zone

1) For my first offering something that covers several of my favorite subjects; green cars, fuel solutions, and a conspiracy. I first ran into this a while back, may have even used it here, a car in Japan that runs on water, ready for production. I have actually seen several of these on the internet, usually involving Browns Gas. The first link is for a Reuters video about the car, the conspiracy revolves around the sudden closing of the business, there have been several of these with mysterious endings like the inventor suddenly dying. When I went to YouTube for the video I found two that had been removed before I found this one. http://www.reuters.com Second link to a short story about the possible conspiracy, I found several other stories hypnotizing on the conspiracy, but I am having trouble finding them again, Google is your friend. http://www.greenoptimistic.com
2) This link was sent to me by Joe last week, and may either prove or disprove the conspiracy referred to previously. A car to hit the market soon with the equivalent of 360 mpg. If the plant closes due to a mysterious explosion, fire, death of the inventor or whatever, we just may be on to something. This really sounds like a promising concept although they do not go into a great deal of detail about the fuel system, there may be a need for more Googling. http://www.tgdaily.com
3) Now for some thing a little closer to center zone. I’m talking about time travel it is becoming more and more a subject of interest in the world of physics, there is actually quite a bit of research going on. The posted video link even mentions one of the theories I adhere to, I first heard it mentioned by Terrance McKenna in a discussion about Time Wave Zero, when ask “If time travel is possible, where are all of the time travelers?” He gave the answer I like; "You cannot go back in time before the invention of the first time machine". Terrance went on to say “It will be obvious when the first time machine is invented, because they will instantly be everywhere, because of people going back to visit the day of its inception.” Many theorize that will be in December 2012, and cause the end of the universe as we know it. http://www.youtube.com Dr. Ron Mallet makes a great Google search, even in Wikipedia.
4) This is one of those things that make me kind of wish I was much younger, because it indicates the potential of technology for the next 50-100 years. These people are quite serious, because they are actually spending money today, it makes you believe they are serious. They are building a space hotel, among several other projects. When we get private money into leaving the planet, it will happen; government was great for doing the research and development, proving the concept. But, private industry making big bucks, that is what will bring it to the common people. That is unless we change our priorities, or invent time machines, and then we can just go to the future and bring back all the blueprints. This is a good site to start a Google surfing trip. http://www.spaceislandgroup.com
5) For the Geek Link of the week I have to thank Troll for pointing out once again just how at risk I am, when it comes to using my computer. A very informative article about the most dangerous things to search for on the internet. For someone who likes to search as much as I do this is a must read, that does not mean I will recognize a problem, at least I will be more aware that I may be in a bad neighborhood, and look over my shoulder a little more often. http://blogs.zdnet.com
Posted by Vegasgregg at 7:16 AM No comments: